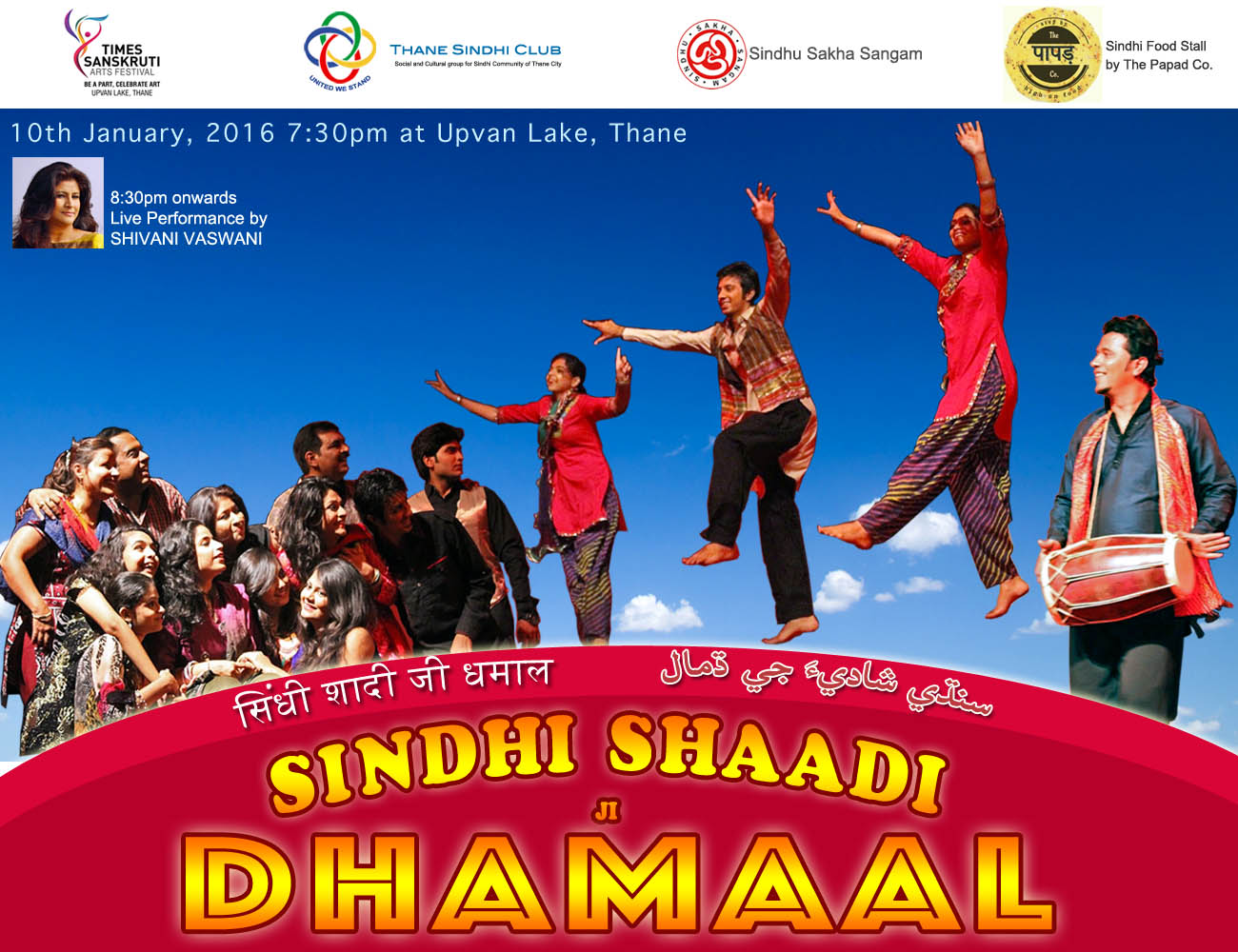 Even This year Thane Sindhi Club (TSC) along with Sindhu Sakha Sangam (SSS) performed at Times Sanskruti Arts Festival, Upvan a Lake,Thane. Show was performed on 10th January, 2016 in evening.

In this program we narrated about the Sindhi Rituals associated with Sindhi Shaadi / Wedding. The role of narration was done by Bhavani Basantani (played by Julie Tejwani) & Naresh Chelaramani (Played by Naresh Chawla) as two middlemen involved in wedding of bride & groom. This show was first of its kind and never ever performed before by anybody in this form. Many Sindhi Lada songs with exciting dance were performed which kept Sindhi and non-Sindhi audience glued to the stage for entire show.